Is London Changing The Plan For Zero Carbon Homes?

Hi there, lets have a look at what is happening in the industry shall we, there was not too much going on but as always we live in a dynamic world so there is always something going on so let’s start with the capital, seems like a great place to start so lets do it.

It looks like London is cracking down on carbon which is coming into effect in October this year. This could mean a whole lot of work for roofing companies not just in London but also outside as many large towns and cities follow suite, including Middlesbrough and Teesside as we have seen more interest in solar panel installation so the future is bright.

As of October 1 2016, the London Plan requirements for energy statements are changing. All major developments will be required to be ‘zero carbon’ however if this cannot be achieved then a cash in lieu contribution will be sought.

In addition to the ‘zero carbon’ targets, further emphasis is to be placed on district heating networks and a new requirement to follow the cooling hierarchy, which includes an in depth overheating risk analysis, will be introduced. This blog will focus on the ‘zero carbon’ element of the GLA guidance1 on preparing energy statements.

This could be great for the roofing industry as those who are future proofing their company have gotten into solar in a big way so this could en a lot of business for those who had the foresight to see these changes coming. Solar panel installation is something we are experimenting with, but the demand for this on Teesside is not that big yet but it is growing.

To read the full article click here: Changes to the London Plan for Zero Carbon Homes

To stay up to date on whether we are offering these types of services, our home page will be updated when this is the case so just check back at www.rooferpromiddlesbrough.co.uk and you will find out this way.

An now for some sad news, a Jewsons in Hawick have been the victim of a pretty large, unfortunately people like this exist in our world which just shows that you can never be too careful, as Jewson are a large company and can afford top notch security and even then it did not work, shame.

Roofing materials worth £9,000 have been stolen from a builders’ merchant in Hawick.

Thieves broke into Jewson’s branch at Burnfoot Industrial Estate between 5.30pm on Tuesday, August 30, and 7am on Wednesday, August 31. They then made off with lead rolls and roofing felt worth about £9,000 altogether.

The theft was discovered by staff arriving at the store for work on Wednesday.

This is defintiely a shame and I really do hope that they catch the people responsible, that is quite a lot of gear to steal so they must of used a van to move it all so hopefully they can find the thieves through CCTV or something? I don’t know but it is serious as I like Jewsons, they are very handy, have great staff and offer competitive pricing so I hope they sort this one out.

To read the full story then click the link here: Roofing supplies worth £9,000 stolen from Hawick builder’s merchant

And click here to find your nearest Jewson branch: http://www.jewson.co.uk/branch-locator

Elon is at it again! This guy always sets massive goals and who could blame him? He has been wildly Successful with almost everything that he has done, so, what is he wanting to do now? Well let’s find out: 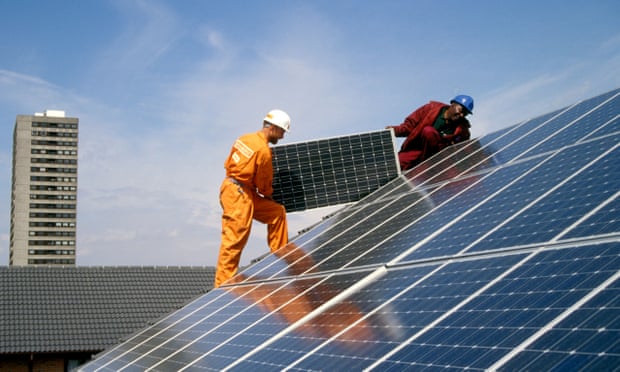 Elon Musk’s solar company has its sights set on replacing 5m rooftops in the US with traditional roofing materials integrated with solar cell technology.

It’s betting that people who need to replace their roofs will be attracted to the company’s solar cell option because it won’t require additional work or dramatically alter the look of the home.

Elon wants to refit 5 million homes in the US, that is a lot of roofs to replace, but if anyone can do it then it would be him for sure and I wouldn’t be suprised if he doubled that!

This will do for today folks but be sure to subscribe to our RSS feed if you want more stories and updates just like this one: http://rooferpromiddlesbrough.co.uk/feed